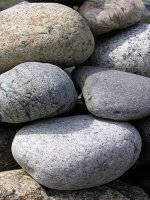 This page provides news and information of interest to Initiated Men.

3 March 2017: Booking is now open for the new Return to Source - Initiator Programme. There are places available for 8 men to deepen their soul journeys and help provide the support container for this year's initiates. The programme runs in parallel with the Rites of Passage on 26-30 July.

10 December 2016: Chris O'Donnell is shadowing Peter Fishpool as the National Convenor. Andrew Clark is shadowing Tim Pickles as the Journey of Illumination stoker. The transition of roles will be taking place over the next few months.

13 September 2015: Eldership and Leadership - plans for our developmental pathway

28 November 2014: Site requirements for a Rites venue - a listing and explanation of the necessary requirments for any new venue to host future rites in England or elsewhere.

27 November 2014: Council notes, Moot 2014 - a record of the report from the directors and other matters raised at the Council meeting.

1 November 2014: Stokers and Directors - information about these roles within our network and an invitation to offer yourself in service.